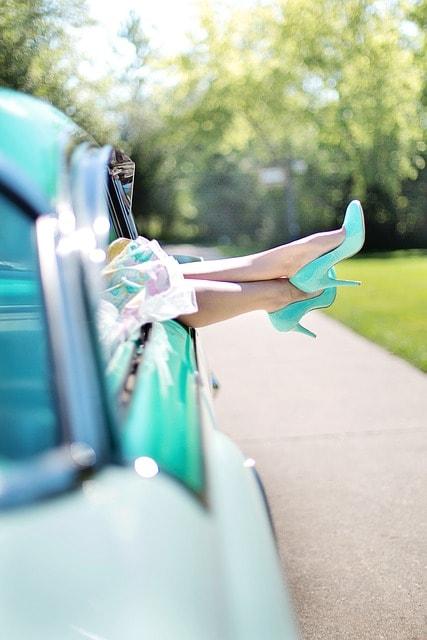 I-4 presents traveling struggles that none of us should face. On Target, an Orlando digital marketing agency, can empathize with these struggles. Getting to the office via I-4 is like walking through mud…with traffic. That’s why we appreciate the merger between SunRail and Uber.

Uber and SunRail both pride themselves in convenience, as well as safety. Whether you are on your way to your C-Suite, your landscaping job, or the basketball game at the local high school, combining an Uber ride with a trip on the SunRail will save you money and time. You can just kick back, and relax–or finish that report you have due.

A lifeline that runs through the state, I-4 connects us to the mall, to work, and everywhere in between. There is really no way around it, except maybe the Greenway, and even that is becoming more congested thanks to those who are choosing that route in their quest in avoiding the concrete jungle called I-4. And, with the aggressive construction efforts currently going on, traffic on I-4 is due to get even worse.

However, there is a solution: SunRail. SunRail is a commuter rail that became active a little over a year ago. It is the first of its kind: the first fixed-rail mass transit system ever built in Central Florida. It was designed to free up traffic on roads and provide commuters with a cost-effective, and time effective, alternative to driving.

Just like the Tri-Rail commuter rail system in South Florida, which runs along Interstate 95, SunRail targets choice riders. These are people who own at least one car but choose to take the train anyway. Tri-Rail reported that actually 66% of its riders fit this category.

We take notice at On Target of the digital marketing strategies that both SunRail and Uber employ to reach their respective audience. Here are nine of the greats:

The five participating cities are: Altamonte Springs, Longwood, Lake Mary, Maitland, and Sanford. These cities devised a one-year plan that will get residents out of their cars and onto the SunRail. This plan begins July 1 and is meant to reduce traffic congestion and to increase SunRail usage.

A similar program to that of Altamonte Springs’ was implemented in Lake Mary and Longwood last week. Tom Tomerlin, Lake Mary’s economic-development manager, sees the value in the program. He said, “The movement of people and goods is a very big part of the economy. The more efficiently we can be in helping people move around, the better off we’ll be.”

Longwood resident Joan Rush, 55, sees the need for this kind of program in her city. Ever since SunRail started operating, she has taken the train to her job in Maitland. She says, “It’s just so convenient,” as she waits at the Longwood station on a recent morning. She thinks “more people would take it if it was easier for them to get to the stations.” If Altamonte Springs is an example, then she’s right. Altamonte Springs has increased the volume of SunRail riders 10-1 since implementing the program.

Sanford and Maitland recently voted 4-1 in favor of similar Uber discount plans. Sanford residents like Jeanette Buhring are tired of hitting the traffic hotspots. She says, “I hit them all,” on her daily trips to Sand Lake via I-4.

SunRail is a great option for trips, offering free Wi-Fi and a safe, comfortable, and convenient environment to travel within. For businesses, SunRail has commuter benefits. These include lower payroll taxes, savings on parking fees, consistent arrival times, etc. On board advertising positions are now available for any company wishing to fill them.

At the click of a button, Uber offers trips that are both cost-effective and safe. Uber drivers submit to a background check to ensure you are riding in good hands.

Merging Uber and SunRail will become the best duo since lemon and lime. Traffic on I-4 is going to flow much better, and SunRail will increase its amount of passengers ten-fold. People who may not have taken Uber, but have taken SunRail, will find the value in Uber–and vice versa. Some advice from the Orlando digital marketing experts at On Target: ditch I-4. Your car will feel neglected, but she’ll get over it.