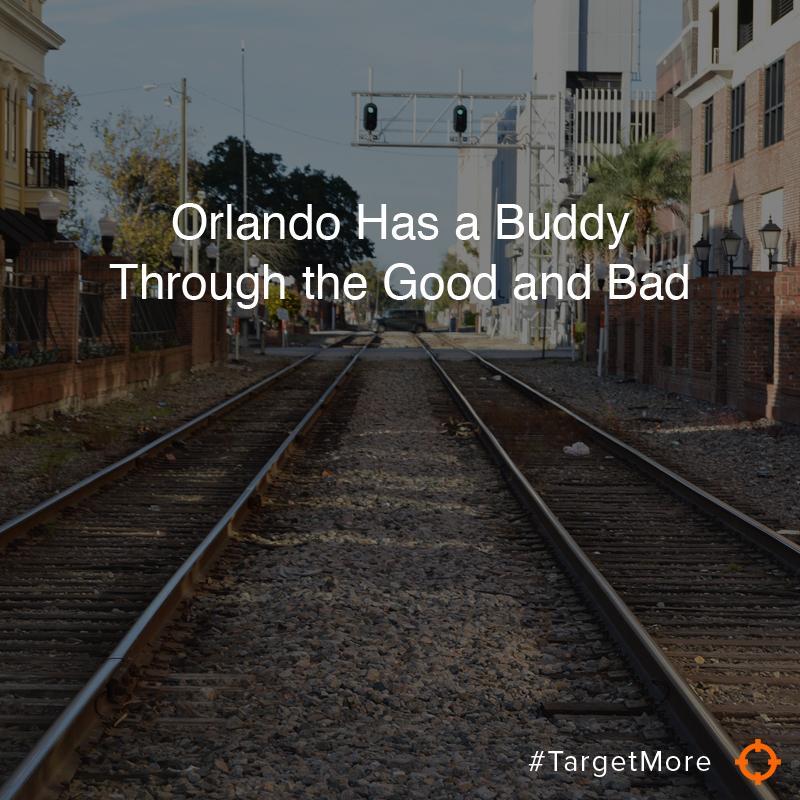 Orlando has a Buddy Through the Good and Bad

Buddy Dyer was first elected as the Mayor of Orlando in 2003 and has since become one of the most influential leaders the city has seen. In wake of the Orlando shooting, which occurred June 11th, Buddy Dyer has continually proven not only to be a man of influence and growth over the local economy but also sensitive to the community providing informative and comforting statements. In honor of his continual support and outstanding impact on the Orlando community, On Target Web Solutions, an Orlando digital marketing agency, has dubbed him as one of our local heroes!

Since his election into office, the city of Orlando has seen the greatest drop in crime in its history thanks to multiple efforts in increased police protection. Also, it’s fire department is one of only 15 in the nation that has both an international accreditation and an “ISO rating” of one. Orlando’s public transportation has seen large expansion over the last few years under Buddy Dyer, as well. Between the SunRail and a newly announced “Lymmo-like” bus service for Semoran Boulevard, where many businesses will have links directly to the Orlando International Airport, the options for public transport will be continue to be on the rise. Public transportation will also lessen the strain on overcrowded Orlando highways like I-4.

Downtown Orlando has seen it’s fair amount of influence by Buddy Dyer in the creation of world-class sports and entertainment venues like the new Amway Center and Dr. Phillips Center. The Amway Center is praised around the world for being the most advanced arena in the world, in addition to the ample job opportunities created with it. The Orlando City and Orlando Pride soccer teams, both huge successes with a great fan base, have helped increase funds in the local economy. Also, the Solar Bears, the Orlando-based hockey team, re-emerged to fan’s delights.

While disaster struck our community on June 11th during the Orlando Pulse shooting, our strong leaders, including Buddy Dyer, have been there to keep our heads up. His continual support, not only through this time of hardship but throughout the past 13 years as Mayor, has grown the Orlando community in a variety of ways. Buddy Dyer credits his influence on the community through the power of partnerships and working with others. This has proven to be the key to our success as a community time and time again, as we now work together to overcome tragedy. Thank you, Buddy Dyer, for keeping us #OrlandoStrong.