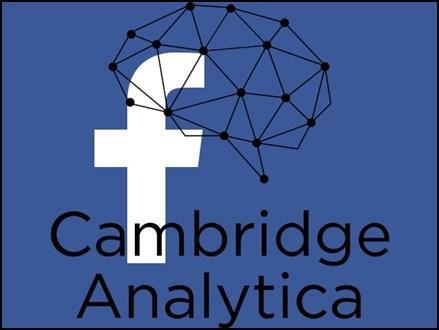 The Search Engine Journal, the Verge, The New York Times and nearly every other reputable online publication imaginable has reported links to check if your data was breached by Cambridge Analytica. If  you haven’t already, stop reading and click here now to see if your Facebook data was included in the Cambridge Analytica scandal. You can also simply open the Facebook App on your phone and check there.

“This Is Your Digital Life” was the name of the offending Cambridge Analytica app guilty of scraping your data as far back as 2014. The “This Is Your Digital Life” app developed by Aleksandr Kogan sent users to an online survey platform on a site called Qualtrics. But there are others, many, many others. Data collection apps aren’t inherently designed to be nefarious data-scrapers. And the otherwise hard to find data and personal information collected by internet industry giants like Axciom, Elipson, Experion and Oracle that gets sold to companies for marketing purposes and to make immediate monetary profits isn’t as evil as it sounds. However obtained, the personal data collected helps contribute to the delivery of relevant ads to consumers within the Facebook/Instagram ecosystem, which contributes to positive user experience and thus Facebook shareholder profits.

Yesterday, Facebook announced that it would be disabling their “Partner Categories” feature. This feature granted marketers access to data collected by 3rd party brokers over Facebook’s extensive network to target ads toward consumers on Facebook. This restriction is the first of its kind. It follows the American public’s outcry and general scrutiny regarding the data-theft-driven fiasco caused by Cambridge Analytica via Facebook. Both companies have been implicated in wrongdoing over the harvesting and selling of data from nearly 90 million trusting Facebook users. Both companies have unequivocally denied any wrongdoing, Zuckerberg is doing something. In fairness to data professionals and marketers everywhere, the ethics and issues surrounding “data” are uncharted, grey areas.

Data-collection is a double-edged sword unlike anything anyone’s seen, never mind legislated. Facebook data collection has operated not unlike the Wild-West where anything goes. What’s currently unfolding online, in the media and in US Senate hearings is the proverbial tip of the iceberg. Many apps operate in the same manner. Facebook users that opt-in to take a quiz to reveal, for e.g. “what their star sign says about them” or which “Star Wars character they are” by tapping a button are then typically asked for permission to access their personal data. The claim to Facebook is that they need to collect user-info to improve their apps, to further develop and better their products, as well as enhance their marketing. This is true.

Moving forward you can also review and update information shared with Apps under Settings in the Apps and Websites tab you can see what’s been added, removed and adjust your data settings to better control the information shared with Facebook Apps. As I write this, Facebook has announced that third party apps that haven’t been used in 90 days are automatically blocked from user-data and that users must re-confirm their data-sharing preferences every 90 days.

Zuckerberg spent nearly 6 hours testifying before the US Senate yesterday, April 10th. Facebook no longer allows Ad Targeting with Third party data. Marketing professionals fear that custom audiences will be the next place where Facebook cracks down by switching up it’s algorithms, but custom data isn’t going anywhere anytime soon and for good reason- quality custom targeting ensures user satisfaction. The use of data and data-collection activities undertaken by companies marketing over Facebook are part of what delivers a positive experience to the user, thus also keeping Facebook shareholders satisfied. While partner categories and data brokers may suffer short-term, the sky isn’t falling. Data is here to stay.