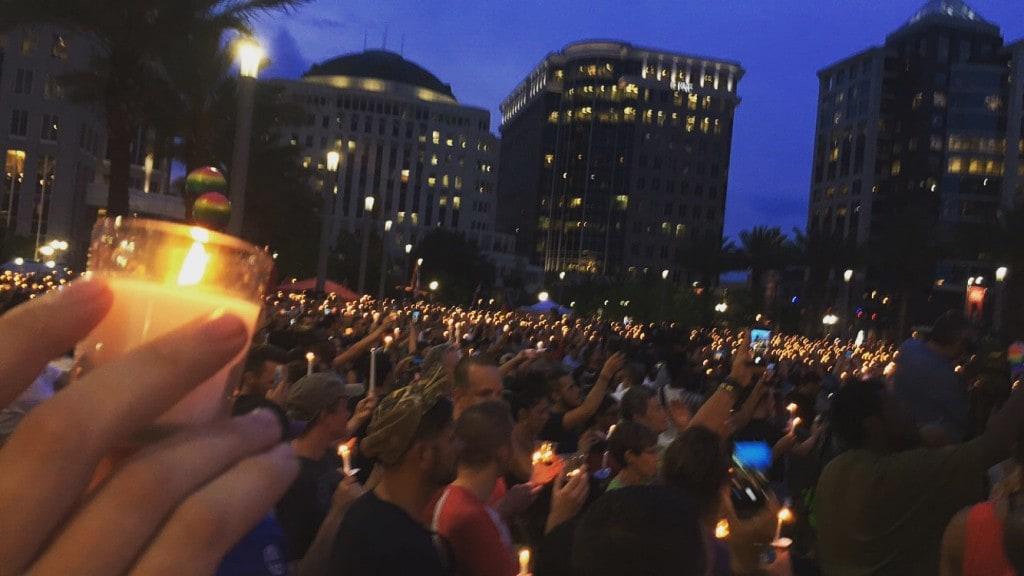 The Day Orlando Became the City that Overcame. We are #OrlandoStrong

Like everyone else in America, we all woke up Sunday, June 12th, to a nightmare. But this was something even the most vile of nightmares couldn’t conjure. A gunman stormed Pulse, a gay club in the heart of Orlando, and took the lives of 49 innocent people, people who were enjoying themselves on a Saturday night.

This is Orlando: these things do not happen here. We are the home to a famous mouse and a boy wizard, a top destination for vacationing families all around the world. But one individual shattered the illusion that this city, our home, is safe from the hatred that has plagued the world of late.

As the horrors of that night began to unfold, as the stories started to be told, another thing happened. We all witnessed a community come together.

And there is one thing that is certain: Orlando, the City Beautiful, is as strong as it is perfect. Even more beautiful? Watching our neighbors, coworkers, fellow parishioners, and local businesses come together as one, as the healing process begins for Central Florida. And to help make that possible, one day after the massacre, thousands of Central Floridians came together at the Dr. Phillips Center for the Performing Arts for a candlelight vigil, honoring the 49 who died.

And now we will be known for something more than just a mouse. We are #OrlandoStrong, and no amount of hate will conquer this city and its people. We will be known as the city that overcame.

Some final words: It doesn’t matter who you love. It only matters that you do, indeed, love.

Thank you for reading,