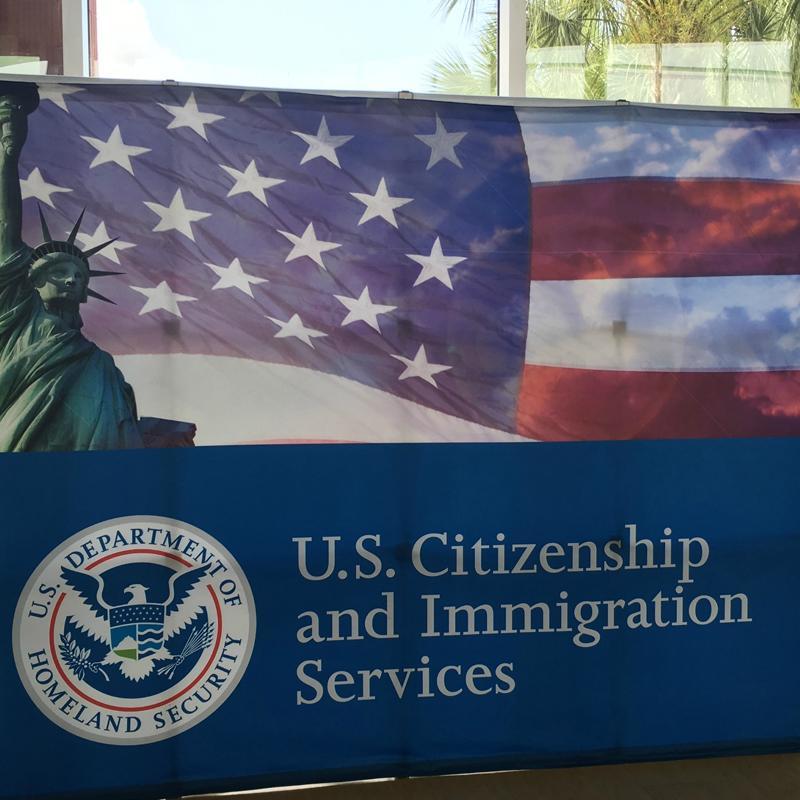 I came to America for love. I know, it’s cheesy, and if I were to tell you that on top of that, I came to Orlando to work at Disney and that’s how I met my husband, you would think that I’m just writing the next Disney movie script. But no, believe me, everything doesn’t happen like it does in the movies. Or does it? I don’t know. Let me rewind a little bit so you can draw your own conclusions.

Once upon a time… just kidding!

I was about to finish my Journalism degree in Spain when I learned about the new partnership between my university and the University of Riverside California (URC), which offered an international college program at Walt Disney World. At that time, I certainly didn’t know that this opportunity would forever change my life. I remembered how excited I was when they told me that I was one of the lucky ones that would have the chance to enjoy this once-in-a-lifetime opportunity. I was going to be in the United States for six months: one month in Riverside, California studying at URC, and the rest of the program in Orlando, Florida.

Once in Orlando, I would continue by taking URC classes online, while going to the Disney University (yes, there’s one, and yes, it resembles the one in Monsters, Inc.) and the best thing, “working” (it was more like an internship) at Disney! The emotions were big: this program was about to deliver the most amazing and rich experience of my life! When it was time to come back to Madrid, I left with a new Disney family spread all over the world and with a heart divided between two continents.

An End to a New Beginning

Let me tell you that last part wasn’t easy. Saying goodbye never is. I was about half done with the program when I met “him.” With a lot of compromise from both ends, what started with a “we’ll figure it out!” ended up a couple of years later with a “Will You Marry Me?” And that’s how it happened.

At that time, I honestly didn’t put much thought into the consequences that marrying an American citizen, and living in the US, could have. Coming from the Old Continent, and it may seem silly, I learned about the convenient advantages of the American life right away. I mean, picture this: I could go get a coffee at McDonald’s, drop a book off at the library, and get some cash from an ATM without getting out of the car! Listen, I know most of you are used to these little things, but in Spain, this doesn’t happen. The day I decided to stay in this country, I knew I was being given the opportunity to grow and develop as a professional in the most powerful country in the world, and I didn’t want to waste this privilege.

America: The Land of Opportunity

Let’s be honest, I didn’t come to this country looking for freedom or new opportunities. I was a happy Spaniard with a job, a loving and caring family, and a group of friends living a great life in my country. So, even though I was excited to start a new life in the US, as a European, it was kind of tough for me to understand the huge hype about living in this country. Soon enough, I understood why America is such a great country, though.

Politics and religions aside, America is a country that, while large in territory, can become really close when needed. Americans are very proud of being Americans. And this definitely called my attention. Coming from a country like Spain, I understood that people are united for what people are more divided in in Spain: the flag, the patriotism. I also understood that chances of growth in the US were bigger than in Spain; people could grow faster here, as a professional and as an individual, no questions asked. I guess it’s true when they say: “anything is possible in America.”

Becoming an American citizen is a great prize for a long race that some can start within three years of living in this country, five for others, or even more depending on each situation.

I remember the first time they provided me with an alien number. I still wonder why they use that name to refer to residents living in the US. With a lot of paperwork, certificates, tests, and a couple of interviews, the process of becoming a citizen was over before I knew it. Again, this is sadly not the typical case for most of the immigrants who have to fight, and, sometimes, struggle for years to get to this point. I’m one lucky girl, and I thank God everyday for that.

The big day was here. In the room were 90 people from 45 different countries who were ready to achieve a new milestone in their lives, myself included. When I raised my right hand to make the Pledge of Allegiance and the Oath of Citizenship, a lot of emotions ran through my mind, and I thought to myself, “Wow, this is happening, Lydia. You are becoming an American citizen!” When looking around at other people’s faces, I started to wonder what their amazing stories were. So many unique stories, unique perspectives, languages, and cultures were united today in the same ceremony for the same country. I could see the happiness, the pride, and even a touch of melancholy, in others’ eyes, which made me feel even more special. We were really privileged.

Today, I became an American fellow. It’s a big statement and a big accomplishment. There are a lot of emotions and thoughts, but the one that stands out the most for me is that I couldn’t have chosen a better time to become an American citizen, and, more in particular, an Orlandian. I can positively say that Orlando is where dreams come true, but not only that, Orlando has recently shown me that it’s much more than that. I feel extremely proud to belong to a community that became stronger when most needed and that showed that hatred can only be defeated with love. Today, I’m blessed to have the privilege to be born again in a nation, indivisible, with liberty and justice for all.

Thanks for everything, America,