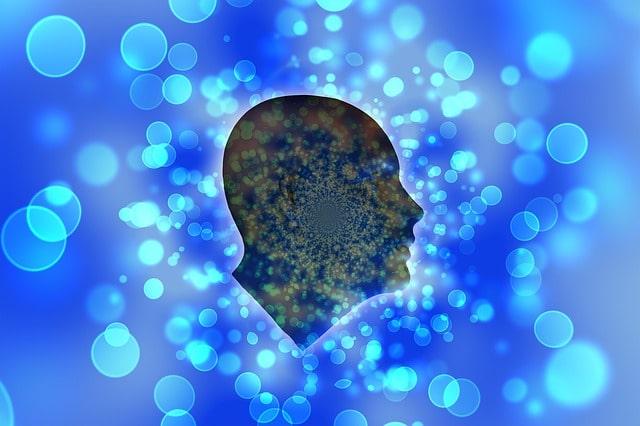 5 Psychological Theories You Can Apply to Your Content Marketing Strategy

Back in college, I read a book titled Differentiate or Die. It took a look at the branding process–either from its inception or at the time of a large re-brand. It largely focused on the USP, the Unique Selling Proposition, which was a strategy that was created in the 1950s by Mad Men-esque ad executives. Now, while that book isn’t necessarily relevant to the branding process anymore due to the evolution of consumer-based decision-making behavior, its applications aren’t rendered completely useless. These theories presented in the book written by Jack Trout can be applied to standing out among a sea of other digital content providers.

While content marketing may seem like a new theory when it comes to digital visibility to the layman, here in the digital marketing industry, it’s all we have been talking about for the last few years. In the digital marketplace, there is tons of content that you have to compete with in order to get found, shared and talked about. In fact, 4.75 billion pieces of content are shared on Facebook every day. That’s enough content to make anyone dizzy.

So, whether you’re a marketer, business owner, or content creator, you’re probably wondering how you can cut through the digital marketing noise to make an impression on your target demographic. Today, we’re going to talk about 5 psychological theories that could help your overall content marketing strategy stand out amongst the competition. Let’s take a look, shall we?

Mere-exposure effect is an occurrence in which people show preference to things/brands/people with whom they are familiar. This psychological effect that displays favor to frequency of brand awareness can create the phenomenon of brand loyalty when faced with a decision.

This typically was a tactic that can be capitalized on by bigger brands with larger than life advertising budgets, but now with the accessibility of social media, create brand frequency and a familiarity with a brand and/or product with its users can be easy given the right strategy.

For example, overall, I prefer the content that Buzzfeed posts on their website. It’s one of the websites I visit daily because their content is really interesting/funny/exciting. I also enjoy the way they layout content on mobile devices. Many times, I will scroll down my Facebook News Feed, and I will see the same story shared via Mashable, CNN, Entertainment Weekly, etc., and I will wait until I see that same story shared on Buzzfeed to click and read it due to my familiarity with their platform.

This particular case shows how important the quality of content is, as well as how you display the content is to a user.

Information-gap theory is a theory that states that someone can develop a curiosity when he or she feels there is a gap between what we know and what we want to know. This theory is especially applicable to Generation Z, which I label the “First To Know” generation. These are 18-24 year olds who grew up using technology, and they are early adopters of any new technology that is released. They are members and participants of all social media platforms, and they tend to gravitate to all types of content marketing, especially that which can present a viral aspect or a very newsworthy aspect. They are typically the “first to know” when news breaks or early hanger-ons of viral videos, articles, and memes.
With the expansive availability of content, you can definitely capitalize on presenting your content in a way that leaves the user needing more information. A great outlet to do this is through social media by offering a teaser that leads users to your website to read the full article. The idea is to present the information in such a way so that your user doesn’t feel “in the know.”

This is why it’s so important to “Know Your Audience” when generating content for your content marketing campaign.

This is legit my fave psychological theory, not only when it comes to marketing, but just in everyday life. Frequency illusion, otherwise known as the Baader-Meinhof Phenomenon, is when you hear about something for the first time, and from that point forward, you start to hear about it everywhere.

This theory can be strategically integrated into your content marketing campaign. If you’re trying to reinforce a particular message, then create multiple pieces of content around that message and introduce it using different angles through all of your different avenues. This allows you to create your own frequency illusion that will blend into one, greater message.

Reciprocity, otherwise known as The Golden Rule, is as applicable in everyday life as it is in your content marketing strategy. This theory promotes responding to the positive and kind actions of others with a positive or kind action yourself.

In theory, content marketing is the best way to display reciprocity because you’re providing a value to your audience without asking for anything in return–at least that should be your objective.

Social proof is a psychological phenomenon that drives you to adopt the beliefs or mimic the actions of a social group you like and/or trust. This can be adopted in your content marketing campaign in a variety ways.

First, you can implement social sharing buttons that add a counter to display a number whenever someone shares to a particular social media platform. When a user gets to the content, he or she will see that people have already shared this content through their own social media channels, making it more appealing to do the same.
Second, social proof creates viral content. It’s breaking through a certain benchmark of users/viewers/shares that will make your audience more inclined to share it to their wall. Also, if I come across a video, whether it’s with Justin Beiber or Will Ferrell, and it has more than 1 million views, I’m probably going to watch it (don’t judge me!).

Lastly, social proof lends to the cult phenomenon that attracts die hard fans to certain television shows, movies, and video games. Personally, I’m a Bravo-holic. I love Bravoleberties. I also love merging other words with the Bravo to show how passionate I am about Bravo as a network. You know what else I love doing? Making vague references to Bravo shows to see if the person I am talking to is qualified to be in my secret Bravo cult. When I say “Close your legs to married men!”, does that mean anything to you? What about “Who gonna check me boo?” (something I use on a daily basis)? Or my new favorite “Be Cool. Don’t be all…uncool.” Don’t understand any of those? Well, looks like you need to do some serious Bravo-binging. But, there’s nothing more satisfying that being able to bond with someone over the intricacies of some New Jersey Housewife’s lifestyle.

So, now that you have some solid psychological marketing theories under your belt, why don’t you try them out? Make sure to make an annotation in your Analytics account to show when you’ve created and deployed a marketing strategy that adopts one of the above theories. Come back and share your results with us.