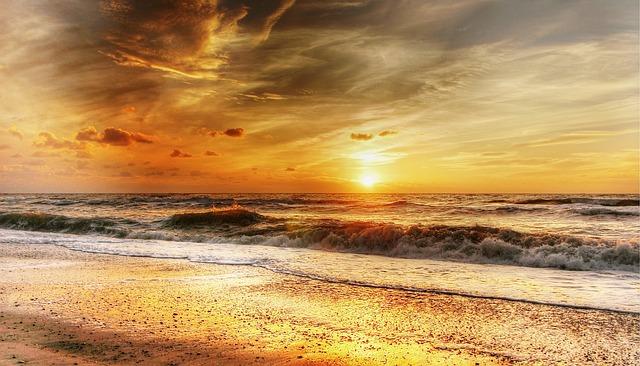 The Golden Age of Television & How It Has Revolutionized Advertising

“If you don’t like what’s being said, change the conversation.” – Donald Draper, Mad Men

The First Golden Age of Television

Back when shows like The Twilight Zone, live teleplays, and I Love Lucy dominated the airwaves, extravagant, pioneered productions were both exciting and a mess. With only a handful of available channels being televised, families packed into their living room for primetime broadcasts that featured elements of theater, radio and filmmaking that allowed the medium to convey high levels of artistry. The deep cultural impact of the live teleplays that were featured in much of the 50s and 60s on television helped Americans to appreciate Broadway-quality entertainment with brilliant acting, choreography and socially progressive messages.

Post-war, America’s economy took a positive turn and the population grew, introducing the Baby Boomer generation. Executives working in broadcast television and advertising saw the opportunity to create a programming strategy to attract the highly-coveted nuclear, suburban family demographic. This allowed for the anthology live television dramas that were so critically acclaimed to become the perfect vehicles for major U.S. corporations to expose their products/brand, in a favorable light, before a national audience.

The Second Coming of the Golden Age of Television

Now that we know our roots, let’s explore where we are now within the television landscape. Today, not only is television at its peak creatively from a storytelling, acting and production standpoint, but audiences are able to consume a variety of television programs using a variety of devices, media and locations.

You no longer have to watch your show live, in your living room, with the inability to leave the room temporarily without running the risk of missing something crucial to the plotline. The DVR, VOD and streaming services provide the flexibility to consume art at your leisure from the perspective of time.

You are no longer restrained to the confines of your living room, as you can be virtually anywhere in the world (with an internet signal) to watch your favorite television program. Technology exists in which you can actually pause a program, move to another room within your house, and re-start it in the next room. With this technology, you have the flexibility to consume art at your leisure from the perspective of space.

The variety of programming is nothing to scoff at either. Let’s just take a look at some of the variety available on television in three different, primary verticals. (This is also a test to see how well I can write produce lines).

The breadth and scope of the programming you have access to as a consumer is astounding. And I might be making some enemies here, but when I’m talking to someone, and they say “I don’t really watch TV”, “I’m like WHAT?! Do you even know what you’re missing?” I understand that television/movies and similar media aren’t everyone’s cup of tea, but this is a revolution. Television shows are creating conversations (more than just at the watercooler), but more than that, the vehicles for which brands are made are now becoming flourishing brands in and of themselves.

I love TV. I mean, I really LOVE TV. I’m a ride or die, loyal television fan, and I will consume and/or purchase anything and everything related to that TV show. Let’s take a look at how a modern television show has created a niche demo audience that they can market branded items to directly.

My favorite television show, and the show on this list that has done a fantastic job of creating a brand to date. There are comic books, board games, video games, action figures, memorabilia, convention merchandise, cruises, clothing, license plates, Halloween costumes, and that’s just naming a handful of the ways the Walking Dead has branched out into branding beyond their television show.

The beauty of The Walking Dead creating a brand outside of the television show is that they have the opportunity to grow the profits derived from the fan base through a variety of retail merchandise and experiences. The reason? These fans are RIDE OR DIE. The writers, actors, producers and crew of this show have put blood, sweat and tears into making sure that the audience cares about every single character on this show. The pacing (while improved from previous seasons), the character depth, the situational reactions, the life or death situations, and the struggle to retain humanity are all what people love to watch about this show. I really think people love to watch shows about apocalyptic and post-apocalyptic events because they love to hypothesize about how they would survive under similar circumstances. This leads to a fan’s investment–in the characters, in the environment, in the storyline.They will do whatever they can to support something they are so passionate about. The producers and creators of The Walking Dead have established brand loyalty among the 17-20 million people who watch their show on a weekly basis.

Now, let’s say a brand (outside of The Walking Dead scope) wants to reach the same demo that watches The Walking Dead (their key 18-49 demo ratings were 10.4 for the Season 5 finale). Well, the first thing they will want to do is purchase advertising to air during the episode or the subsequent aftershow, The Talking Dead. That’s not all they can do though. The Talking Dead, hosted by Chris Hardwick, discusses ideas and motifs of the most recent episode, interviews cast members, takes calls from fans across the country and shows a sneak peek of next week’s episode. Throughout the show, there are several segments which can be sponsored, like Subway’s Fresh Buzz that looks at popular user Tweets about the latest episode. Not only that, but for fans who don’t own a DVR and need to watch the latest online, there are several advertising spots available before and during the video.

Recently, The Walking Dead announced a fan-based cruise, in which passengers will interact with actors from “The Walking Dead,” attend question and answer panels, have photo opportunities and autograph sessions, zombie gaming, costume contests, theme nights, and more to be announced. This outside-the-box opportunity will give brands yet another location to reach their target market.
Brands can reach fans through television commercials during the airing of the new shows or the syndicated shows, banners ads on The Walking Dead website, product sponsorships on The Walking Dead cruise, digital video ads on the video playbacks of The Talking Dead, or co-sponsor social media contests for fans on The Walking Dead Facebook or Twitter pages–and those are just the obvious agents.

Not only are there more opportunities to reach loyal fans of a particular television show, but their actions take after seeing these advertisements are able to be measured much more efficiently than they were while they were just doing traditional advertisement during a network television show. Digital advertising and DRM have allowed advertisers to measure success in a more tangible way.

Media buying 101 tells us that we can measure the success of a television advertising campaign by doing the following:

Now, you can use digital video and graphics to advertise to the same market, and you can track the exact number of clicks, conversions, and ROI coming from your campaign. If you are running a television campaign, you can create a tracking phone number AND a custom website URL that will be able to track all incoming user activity on two different fronts, giving the potential consumer two different calls-to-action from which to choose.

If you’re a brand or brick and mortar business looking to reach a certain market, be sure to evaluate all of your different avenues, and remember, you have the opportunity to reach any market you want now with digital marketing, and you don’t have to purchase an over-priced, immeasurable television spot to accomplish the brand awareness you’re looking for.  Also, go watch some TV. You’re not too good OR too busy for it.