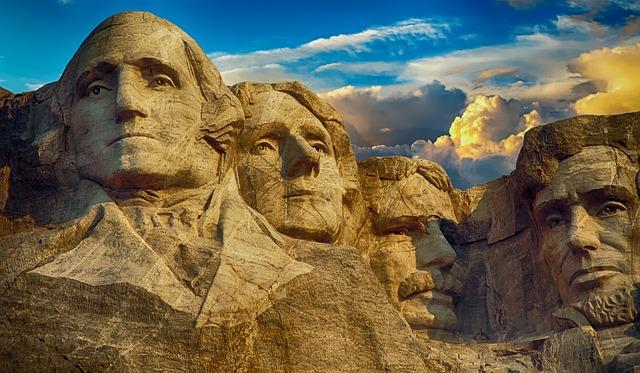 How Presidential Candidates Are Using Content Marketing to Engage With Millennials

In the Generation Y era with millennials representing an important part of the voting population, the political approach to voters needs a tweak. What worked for the last presidential election in 2012 will not work for the upcoming one, and the 2016 candidates (well, to be more accurate, their campaign managers) know better.

Four years ago, only 35% of Americans owned a smartphone. However, nowadays with almost two-thirds of Americans using a mobile device, it seems obvious that candidates now need to conquer the smaller screen like never before. With 61% of millennials receiving the majority of their political news from Facebook and with radio and TV becoming less effective in the promotion of political campaigns, today’s candidates must come up with an alternative to better engage with their voters and donors. With this in mind, politicians have decided to disrupt the online community by using what Seth Godin has already described as the only type of online marketing left: content marketing.

With 22 candidates in the running for the 2016 presidential elections, they must continue to stand out to be able to make an impact on society. To achieve that goal, they need more than a Twitter handle–they need to connect in a meaningful way with their new demanding and selective audience. They must speak their audience’s language and give their potential voters value in every single word they share. They need to incorporate content marketing into their campaigns. So far, these are some of the strategies that our candidates have chosen to connect with their audience:

1. Keep it Real–Behind the Scenes Posts:
During the last Democratic debate, Hillary Clinton had her own army of online campaign managers taking pictures behind the scenes to give her followers the best sneak peek of the night. With this endearing and honest approach, the former United States’ Secretary of State not only increased her engagement with her followers and created a buzz around the event hours before and after the Democratic debate, but her campaign also used those pictures as a way to keep bringing more people to her official site in the following days.

2. Curate Your Content–Create Your Unique Paper.li:
Bernie Sanders has definitely done his marketing homework by creating his own online newspaper: DemocracyDaily. With the objective of covering and keeping Sanders’ voters and donors informed about the country’s challenges, this Democratic candidate curates political news from different outlets into his online newspaper to satisfy his voters’ hunger for information. The content marketing strategies and benefits are pretty straightforward. Thanks to DemocracyDaily, he keeps his voters informed and educated, but what’s more important is he makes it easy for them to share, promote, and support his ideology through social media.

3. Keep it Low Key–Use Periscope:
Donald Trump has taken advantage of the benefits of this live-video streaming app on several occasions. Periscope gives users the opportunity to talk directly to the camera, and Mr. Trump certainly knows how to tap into the power of live-streaming events and announcements to spread the word and to build a super-engaged community of unconditional fans and followers. Granted, his talent to bring polemic conversations to the table has helped in this matter.

4. Ignite the Online Interaction–Have Facebook Host your Event.
Just when we thought we had seen it all from Facebook, the most popular social media channel among millennials, Facebook founder and CEO, Mark Zuckerberg, decided to partner with Fox News to host the first Republican event as a second-screen strategy. Yes, you read it right: millennials and second-screen strategy–great combination, isn’t it? In order to bring the conversation to where the new generation is, politicians and journalists needed to take it to the online world, using Facebook as their “bait” to make the younger voter generation part of it. Facebook became the perfect common thread to encourage the participation of its users and to help create the buzz around the first Republican debate by allowing its users to submit their questions through photos, videos, or words via the Fox News Page.

When it comes to content marketing, politicians have proven to have one thing in common: give value to your audience, make them part of your cause/brand/persona, be where they are, and perhaps they’ll give you the most precious treasure in return–their attention. Time is priceless, and in the fast-paced world that we live in, the only way businesses and brands can get VIP access to the millennials’ busy routine is by doing things different, by giving them what they want, in the right format, and in the time they need it. A well-planned content marketing strategy can make that happen, and certainly our political candidates have taught marketers a lesson by excelling in incorporating some of these strategies to best reach and connect with their voters.

If you are ready to connect with your clients or need help with the implementation of some of these strategies, don’t forget to count on the On Target Digital Marketing team to strategize and execute the perfect content delivery plan adapted to your needs and goals.

Until next time my dear ninjas!
Lydia