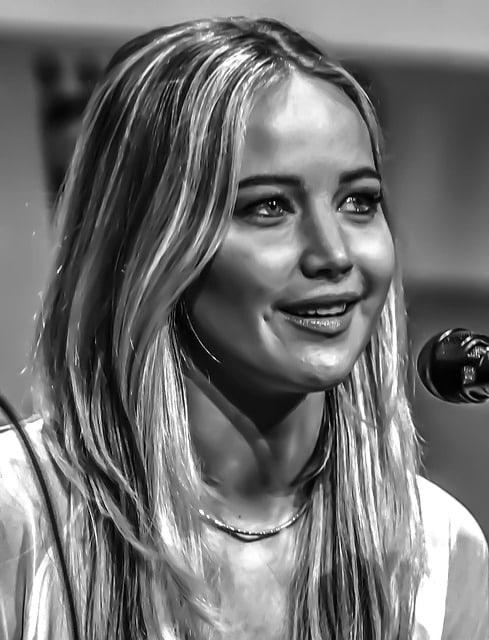 Digital Marketing Lessons We Can Learn From Jennifer Lawrence

Jennifer Lawrence, recently more known for a hack that leaked nude photos of her, is one of the hottest, most up-and-coming actresses of our time.  Her recent roles in The Hunger Games series has certainly been one of her catalysts to the top, but I think her personality and approach to life has helped her garner the majority of her fame.

So, what is it about her personality that people love?

Simply put, she is real.

Her sense of humor and ability to talk about poop on David Letterman draws and attracts people to just simply like her.

What can we learn from Jennifer? How can we translate her likeability to our digital marketing campaigns?

4 Things We Can Learn From Jennifer Lawrence

‘I picked up an issue of Cosmopolitan the other day that had tips for job interviews, because I was like, ‘I need to get better at interviews.’ The article was basically about how to get someone not to hate you in 20 minutes. Every single thing they told you not to do, I was like, ‘I do that every day.’ – Jennifer Lawrence

1.) Be Human.
Jennifer’s ability to just speak her mind is something not many actresses or brands do very well.  Social Media has given us the platform to speak our voice, but many brands don’t utilize the platform to be real, or be human. The brands that are REAL, the brands that are transparent enough to be considered human are the brand that truly succeed with social media campaigns.

“It’s my body, and it should be my choice, and the fact that it is not my choice is absolutely disgusting. It is not a scandal. It is a sex crime. It is a sexual violation. It’s disgusting. The law needs to be changed, and we need to change,” Lawrence said. “Just because I’m a public figure, just because I’m an actress, does not mean that I asked for this.”  – Jennifer Lawrence, on recent hacked nude photos.

2.) Take A Stand.
Jennifer was appalled that her revealing photos were stolen from her Apple iCloud account and distributed across the net.  Her stance and statements regarding the situation were clearly emotional and heartfelt.  Again, she was human.

Brands should also take a brave stance in their industry and not be afraid for standing up for something.  Knowing who your brand, where its going and where its been is a must when it comes to social media messaging and positioning.

“Even as far back as when I started acting at 14, I know I’ve never considered failure.” – Jennifer Lawrence

“I’ve done archery for about six weeks, and rock climbing, tree climbing – and combat, running and vaulting. But also yoga and things like that, to stay catlike!”

– Jennifer Lawrence on getting into a role.

Jennifer prides herself on being a hard worker, and hard work for her has obviously paid off in a big way.  She never stops learning and never stops WANTING to learn.  When it comes to internet marketing and social media, you can never learn enough.  Your brand needs to constantly be listening, learning, adjusting, shifting gears, etc. in order to stay on track and succeed.
The bottom line to success online is being a human being, being transparent and not misleading or being someone you’re not.  Humans want to be led by other humans, humans who feel, think, take a stance and exhibit true leadership traits.