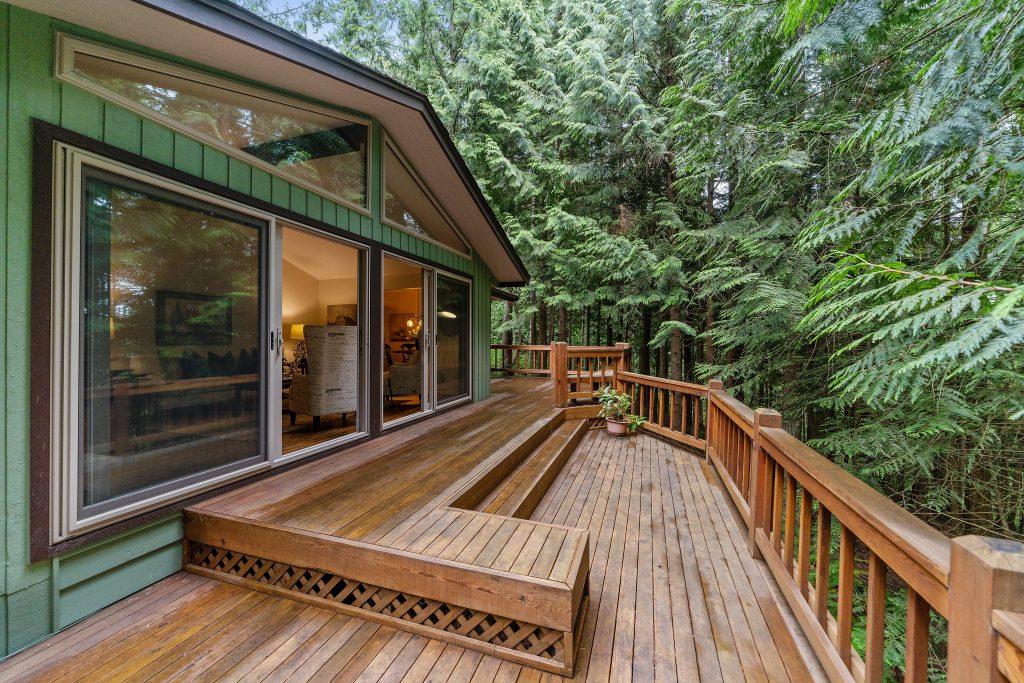 Be Careful When Building a Deck

If you’re like most people, when you exchange currency for goods and/or services, you probably try to make sure you’re getting your money’s worth.

Maybe you return a book you ordered online because one of the corners was damaged during shipping even if it means you’ll have to wait another week before you can start reading it.

Maybe you order extra of every topping at your favorite fast-casual, counter-service submarine sandwich restaurant, even if you aren’t the biggest fan of all of them, simply because they’re “free.”

Or maybe, when you’re getting that revised blog copy or social media graphic from your digital marketing team, you think of something else that’ll really make it pop; even if it means postponing the publishing date again.

Perfect is the Enemy of Good

Everything with room for improvement eventually hits the point of diminishing returns, where the correlation between input (effort/time expended) and output (improvements made) ceases to be linear. It’s the point where additional tweaks no longer feel like they’re making much of a difference. Reaching this point can be frustrating, as it can begin to feel as though the project or component will never be completed. “If we just give it a couple more go-arounds, it’ll be perfect! I just know it” ad infinitum. I’m sure we’ve all been there.

The 18th Century French philosopher and satirist Voltaire popularized the Italian proverb “perfect is the enemy of good” when he quoted it in his 1770 work, Questions sur l’Encyclopédie; in French, of course (and no – the nitty-gritty details don’t really matter at all. But it’s fun to know things!). It’s an idea that I think we could all benefit from considering more often. When the goal of a project starts out as perfection rather than function, it becomes difficult to decide where the stopping point is. It’s entirely possible to just keep revising the project to the point that it doesn’t even make it to production. This is why it’s important to define (whether formally or just in your head) when a task can be considered complete.

This isn’t to say that we should all just start deciding we’re done when we’ve got a clearly half-baked project in front of us – far from it. Instead, we should take this concept and apply it in such a way that allows us to take the same time and effort that would be expended on making insignificant changes and refocus it on making important ones that actually make a difference. That same energy could be used to move ahead on making three or four more good things instead of one perfect thing.

A Hypothetical Situation About Having a Deck Built in Your Backyard

To take what we’ve just discussed and apply it to the real world, let’s create a hypothetical situation:

It’s the beginning of May, and you’ve decided that you want to build a deck in your backyard so that you can enjoy it during the summer months. This is something that you and your spouse have talked about for years, but your careful saving and spending habits have finally provided enough room in the budget to make it a reality. Excited, you pull out the Yellow Pa– just kidding –you go on Google and look up a few local contractors to have come out and give you quotes and maybe draft up blueprints of what it might look like.

After some back and forth, it’s now the middle of June and you choose a contractor to go ahead on the build. You’ve got a few ideas for the deck that you know for sure you want to have included in the schematics (built-in seating along the railing, a receded area for a firepit, and an overhang to go over the grill). You meet with the contractor about this and they let you know that it’ll take about two weeks to adjust the plan and work your request into the build.

The Path to Making it Perfect

They come back with the plan and it’s great! But after giving it some thought, you realize that the receded area for the firepit doesn’t make the most sense; it will limit the number of firepit options you can squeeze in it, and if you ever decide that you’re not interested in a firepit anymore, you’ll just have a big, stupid hole in your deck. You apologize for your lapse of judgment and inform them that you’d like that removed from the blueprint and would also like an extra set of steps added, along with some other minor changes. The contractor tells you that should be fine, but it’ll take another two weeks to rework the blueprint and get it back to you.

Now it’s the beginning of July, and I’m sure you’re starting to see where this is going. By the time you get through a few more rounds of backtracking and requesting additional changes, it’s the middle of August. You’re beginning to get a little frustrated because you don’t yet have a deck and summer is almost over, but you’re excited that you’re about to move onto the next step in the process. You and the contractor schedule a start date for construction which unfortunately, due to supply chain issues, isn’t until September 29th.

Summer will (technically, depending on where you live) be over before the construction even starts! Now it’s nearly the end of October, and you’ve finally got a deck. But now it’s unpleasant enough outside that you don’t even want to think about using it until next year. You went the whole summer without a deck because you wanted it to be perfect.

By the time May rolls around again, you’ll probably think of something else that could make it even more perfect.

(Author’s note: this situation does not apply in Florida as we get to enjoy weather fit for a deck basically all year long.)

Maybe that was a bit long-winded, but I’m sure you got the point. Had this hypothetical version of yourself thought at some point much earlier on, “You know what? I’m satisfied with this. I’m going to have a deck now!”, you would have gotten to enjoy a deck all summer instead of sitting on the ground drinking hard seltzers like some kind of deckless loser.

My point is, don’t let perfect be the enemy of good.

Applying the Deck Metaphor to Your Business and Beyond

Hopefully the implication of the situation laid out above was not lost on you. You don’t want something that’s just fine, you want something spectacular. After all, that’s what you have worked so hard for your brand to be.

But by holding off on getting that new site live, you’re losing potential leads and precious time that could be helping your keywords grain traction on Google. By running your social media posts by everyone in your company in an attempt to implement every possible piece of feedback they might have, you’re sanitizing them and removing any semblance of your brand’s unique voice, hurting the relatability your audience has come to expect. (There’s another proverb about camels, horses and committees that I’ll spare you from, but it applies here). By combing through the thesaurus over and over again replacing a few words at a time in an attempt to gussy up your industry white paper, you’re wasting a valuable opportunity to get that in someone’s hands that much sooner. Time is money, after all.

All this is to say perfect is the enemy of good in the sense that having any product at all is better than having nothing. It’ll keep you competitive, and with some practice, make you more efficient. You’ll know when something is perfectly good, and will be able to move on to new and exciting projects sooner and with more confidence. People will start to take note of your incredible leadership skills and how devilishly good-looking you are. With all that extra money that starts coming in from your increased efficiency, you might even be able to build a deck.

At this point I’m sure you’re asking yourself, “Wasn’t I reading a blog post on the website of  world-famous Orlando-area digital marketing agency, On Target?” You sure were. But this week I decided to get real passionate about setting acceptable stopping points, French satirists and decks. And for some reason our editors just let me get away with it. (Editor’s Note: We did. No, we can’t believe it either…)

Anyway, if you’re looking for digital marketing services or if you just love fantasizing about the idea of someday building your own deck and enjoying low-carb alcoholic beverages on it and want someone to talk to about it, give us a call at (407) 830-4550 or fill out our form below. (Additional editor’s note: we don’t build decks. Please call us about digital marketing services, but not decks. We could try our hand at carpentry but it wouldn’t be great.)