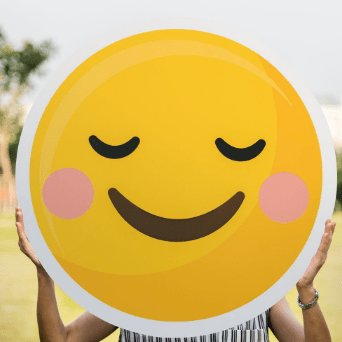 Digital Friends: Growing an Audience For Your Brand That Matters

Most people know the story of Henry Ford and the “Model T” car. Ford focused on mass production and affordability. This allowed Ford to dominate the market but left little room for consumer input. To Ford, he had made the ideal car. Sure, you could have it in any color — as long as it was black. Fast forward a few years and General Motors emerged on the scene. Unlike Ford, General Motors valued its customers’ feedback and opinions. GM designed cars in tune with their customers’ needs, offering innovative features; a belief that directly contradicted Ford. As a result, Ford lost 75 percent of its market share in three years.

Ford’s struggle is not unheard of. In fact, many companies today are faced with the same type of challenge, and, just like Henry Ford, many are inflexible to consumer demands. In today’s marketing world, however, listening to your customers isn’t just expected — it’s required. So how do you stop your brand from becoming the Ford to your competition’s General Motors?

Ford lost its market share as a direct result of ignoring its consumers’ opinions and desires, not because of an inferior product. And while Henry Ford may have been able to excuse himself since gathering feedback was (relatively) hard in the early 20th century, today’s feedback is instant and loud. So listen to it. Turning those customers with instantaneous, digital feedback into your digital friends can result in your brand succeeding — and prevent you from becoming a modern-day Henry Ford.

By building up an audience of followers who support the same vision as your company, you can create an army of digital friends. It’s like tribe-building, with a friendly, like-minded twist. In the overwhelming sea of voices, your digital friends should not only listen to what you have to say but value your voice and opinion, and consequently, your product. That means if your goal is to sell your brand’s computer to everyone, then your digital friends share that vision; they also want everyone to have the same computer — the one that you produce.

You may be wondering how you can create digital friendships. Start with social media. People thrive on human interaction. Be active with your current following. Respond to their comments, like their posts, and repost their stories. Show that not only are your consumers loyal to you, but you are also loyal to your consumers. By posting helpful tips, on-brand humor, and customer feedback, you can create loyalty among your consumers.

Any business can succeed, but you need to make a few friends if you want to stand the test of time. Through digital storytelling, you can build up a loyal audience that values your voice. Remember to listen to them — you want to be General Motors, not Henry Ford.